Imperial Eagle should be EU coat of arms

This is meant as satire!

Putin is once again try to stir up trouble by commenting that Germany & China are heading for superpower status while Britain & France are declining.   Maybe it's a cynical attempt to stoke tension between France & Germany in light of German sanctions against Russia for the poisoning of political opponent Navalny? The rise of Germany to superpower status means there's a need for some legitimacy through symbolism in my mind.
People have commented that Germany is the true power behind the European Union, and in many ways it does resemble the old Holy Roman Empire only larger.. So I'm thinking, why not make the German coat of arms, the EU's coat of arms! 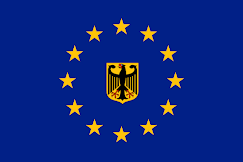 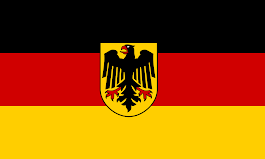 The Germans are already increasing their use of the Eagle (Bundesadler), their coat of arms which originates from the Roman Empire's Aquila. Now the Germans use this symbol to show that while the country of germany might be quite new, the Holy Roman Empire of the German Nation from there the eagle comes from is not. 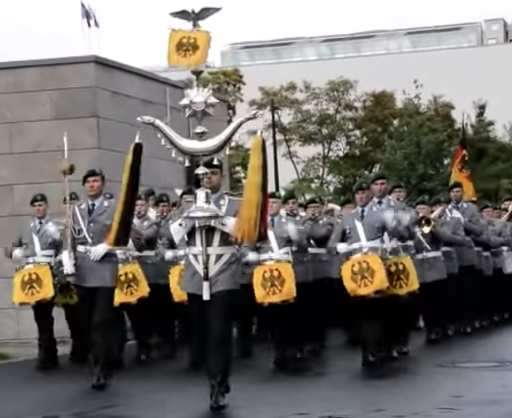 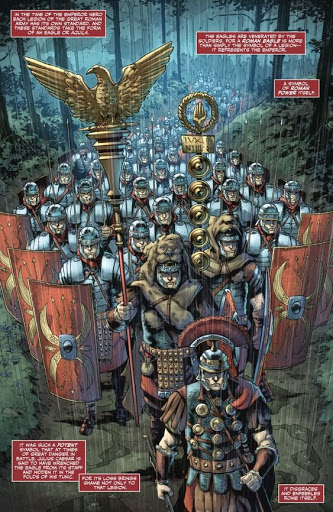 The Holy Roman Empire (HRE) was coined to give Charlemagne's Carolingian empire more legitimacy by making it the legitimate successor state of the original Roman empire and put him on equal footing with the Byzantines. Once the HRE had lost most of its 'Roman' (Italian & French) possessions it was re-coined as the HRE of the german nation and kept the eagle.
Now the pope legitimised German use of the Roman Aquila, by crowning Germans as Roman Emperor's, can the pope take this symbol back? If so does it now belong to the Italians? they are hardly a successor state to the Roman Empire.. why not give the symbol to the EU! 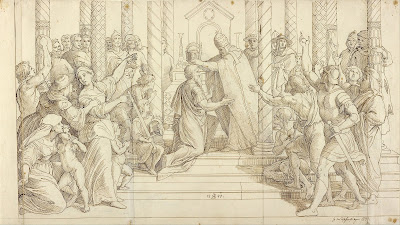 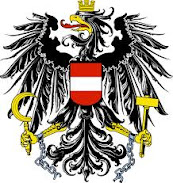 That claim is a bit weak, so I'd say if the pope had the right to bestow the eagle to the Germans, he has every right to take it back. The Romans managed to take back three imperial eagles stolen by the Germans following  the battle of Teutoburg forest so it isn't without precedence. To ensure it's given to a pan-national state that can be seen as a true successor to the Romans, it makes sense that Ursula von der Leyen (president of European Commission) get's it, especially as the office holds an uncanny resemblance to the elected HRE emperor, being effectively chosen by states not by a european wide election.
So there you have it - union stars with the Reichsadler! 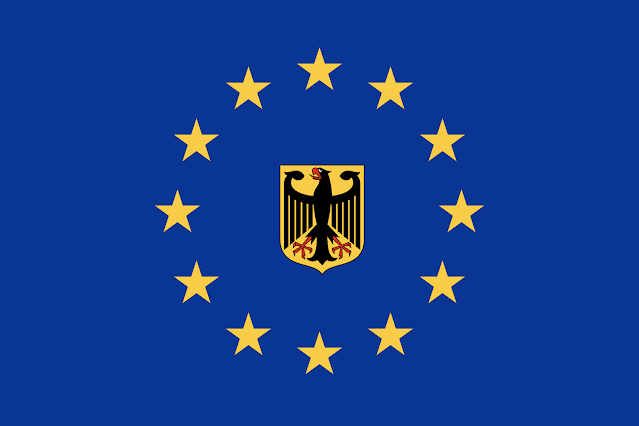